February 21 is the birthday of Thai singer and actor Mew Suppasit.
Mew Suppasit’s fans always go to great lengths to display their love for their idol.
This year, there are 4 huge projects named, “3 Moon For Mew” taken out by Mew Suppasit KOREA FC to celebrate the birthday of Mew, their favorite star. PROJECT 1. ‘Paper AD Support’ with BIG ISSUE Korea’
Mew Suppasit KOREA FC posted AD in BIG ISSUE Korea magazine with his wishes. We can find this fancy AD in the magazine NO. 245. PROJECT 2. ‘Outdoor ADs Support in Korea at COEX crown media screen billboard’
(70.7M X 15.5M SIZE)
This ADs February 21st Korean Time 17:00~24:00
The screen billboards will be on display to bring back MEW of November 2018 to COEX in February 2021. Also Mew Suppasit KOREA FC said, “We’re going to float our love here, Seoul in Korea, for the first time as a Thai artist with all the heart of celebrating his birthday and hoping him to remember Korea.” PROJECT 3. ‘Subway ADs Support in Korea’
Mew’s birthday ADs have been popping up in Hongik Univ. Stn Transfer Exit from February 16th to 23rd. His KOREA FC hope their hearts reach Mew via the airport railroad passing by the station.

PROJECT 4. ‘Cafe & Mini Gallery in Korea’
Ahead of Mew’s birthday, a birthday Cafe & Mini Gallery event will be held at Andy’s Coffee from February 19th to the 21st. Online event is also ongoing for people who can’t visit the birthday café.
Especially, Paper AD and COEX crown media screen billboards events of the projects held for the first time as a Thai artist in Korea with the attention and participation of many fans. Mew Suppasit KOREA FC conducted a variety of artist supporting projects before, including producing In-ear monitors designed by Mew himself that help with his singing career.
He is the owner of Mew Suppasit studio and a famous actor in Thailand.
Thai Drama “TharnTypeTheSeriesSS2” which he recently starred as Tharn, ended on February 13 with a special episode and ‘TharnType Wedding Day’ live streaming.
Surprisingly, Mew also has a profile on Korea’s leading web portal, called “Naver”, people search.
As a singer, he released his third single ‘Good Day’, and was recognized a Korean music producer who worked with another Thai singer.
Now, Mew has been participated in a program ‘Aquarium Man project Casting’ as an Executive Producer and captivated the audience by the host of ‘TPOP STAGE’, live stream concert and various event stages.
In particular, on February 21, a live stream concert will be held for celebrate his birthday.
He has built up a solid fan based on own FC by unwavering commitment with charity and his fandom.
Meanwhile, Korean fans hopes him to visit Korea as he did in 2018 for collaboration with IU, a Korean woman artist he respects, or some special contents, such as fan meeting events. 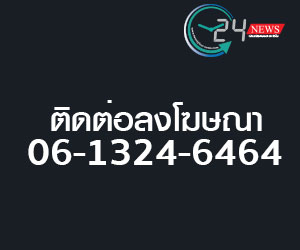